The Fox Rage British Lure Angling Championship kicked off in style with the first qualifier taking place on the Gloucester Canal. 30 anglers fought it out, for the first four available places in the Grand Final. With pike and zander on the feed, around half the field caught which led to a close finish. On the day, Alan Brown's pike and zander catch of 105cm was enough for victory, whilst second place was taken Matt Barnsley who landed a single pike, but what a pike it was a personal best fish of 101cm (19lb 8oz). Mariusz Rokikinski and Gareth Finney securing the remaining two spots in the final. 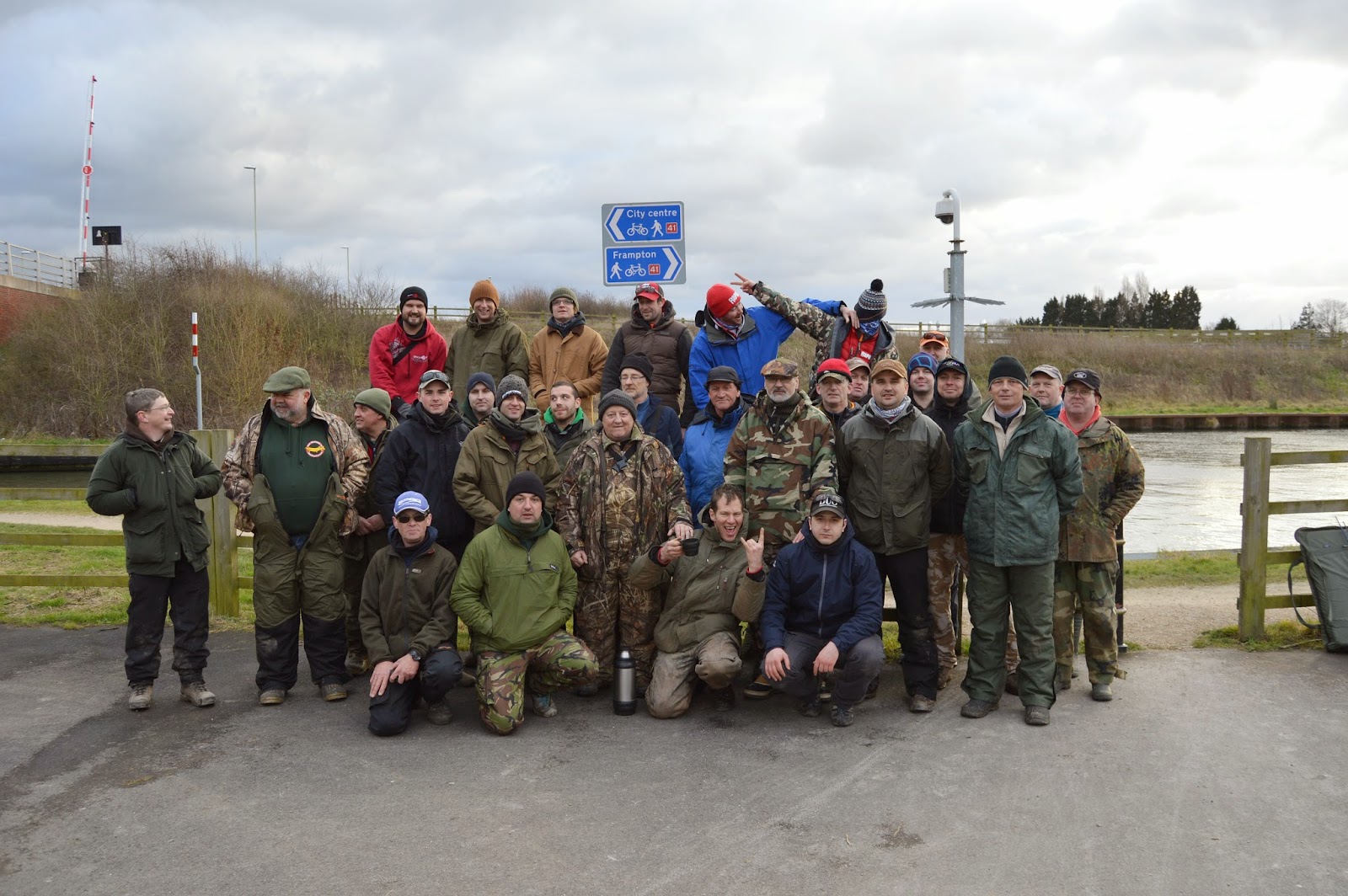 The following day saw competitors in the North head for Salford Quays in bitter conditions. Despite 26 anglers best efforts only BLAC 2014 Champion Steve Collett got on the score board with a 13cm perch. This secured his place in the final, and a solid lead of 26 points in the Street Fishing League. 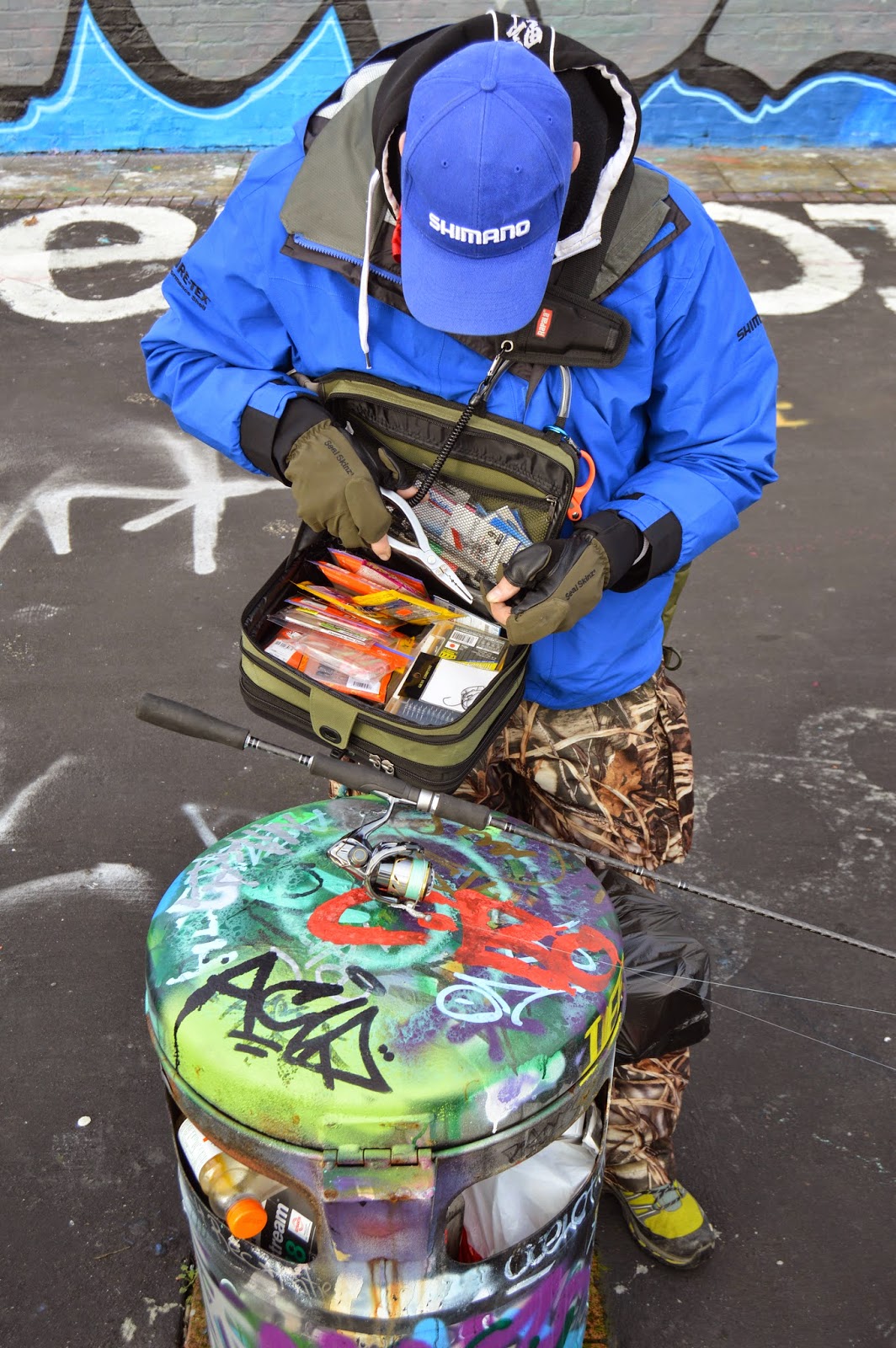 The next two BLAC events are taking place on the 7th and 8th of March on the River Thames (Farmoor) and The Exeter Canal, tickets are available for both qualifiers.

Posted by British Lure Angling Championships at 10:14 No comments:


‘A chance for all anglers to fish for a national title, in a televised competition. All for a £25 entry fee!’ That’s the opportunity being offered in the 2015 British Lure Angling Championship. After the huge success of the 2014 event, which saw almost 500 keen anglers try their luck at competition style lure fishing. The event will grow with more qualifying matches in new locations. As well as a street fishing, and a saltwater competition!

Event Organiser Julian Chidgey said ‘Lure fishing has never been so popular! It’s a fun highly productive method that is perfectly suited to short sessions. This fits well with peoples busy, modern lives. The competition structure is very simple, and anyone who reads this is only two matches from potentially becoming the champion!’ 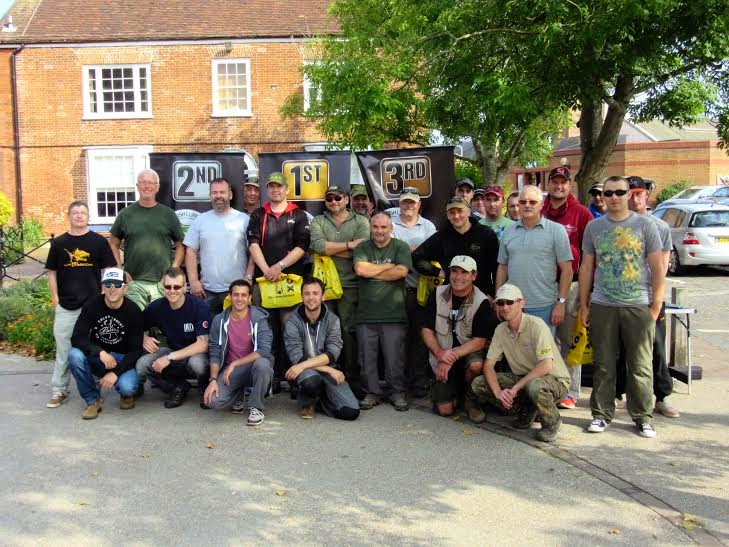 Another area of the sport that has seen massive growth in recent years is saltwater lure fishing. With anglers targeting in particular hard fighting bass and wrasse. As well as mini- species on ultralight tackle. This hasn't been forgotten with a series of saltwater qualifiers during the Summer period, followed by a Grand Final. The saltwater events are fished as a species hunt, to encourage anglers to use diverse methods and approaches. 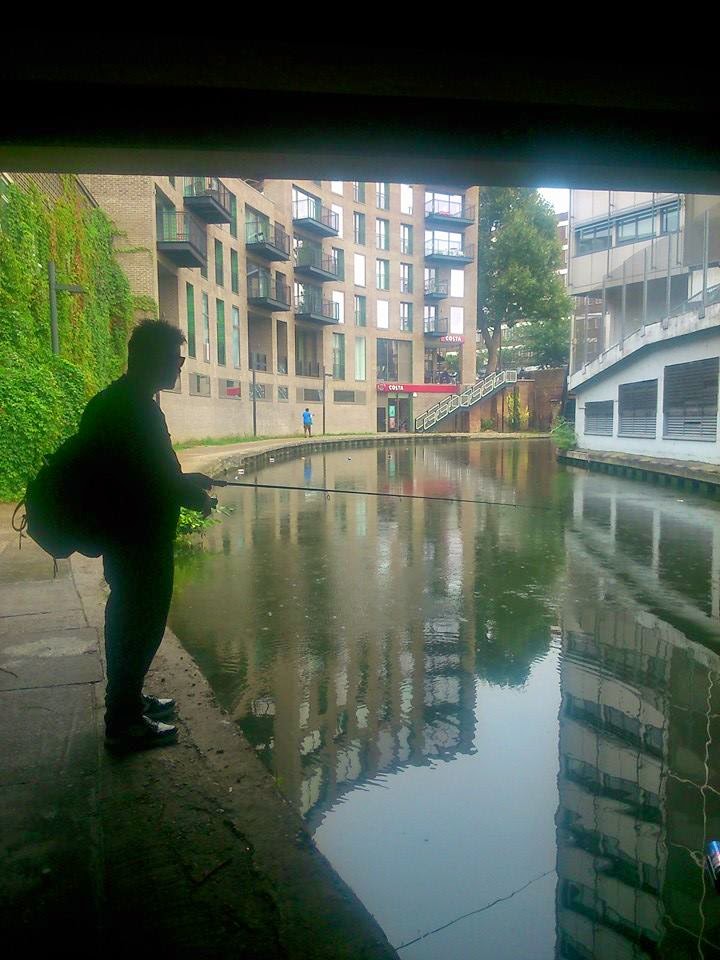 All of the competitions feature great prizes with £1000 on offer for the main competition, the final of which will feature on Sky Sports and is fished at predator mecca Chew Valley. Whilst street league and saltwater champions will walk away with £500 of tackle from event sponsors Fox Rage.
For more details go to www.lurematch.blogspot.co.uk , follow the event on Facebook (British lure Angling Championships).  All results from this exciting competition will also feature in Angling Times.

Want to get involved?

Simply click on the link here to download your application form. Be quick, as tickets are now on sale. 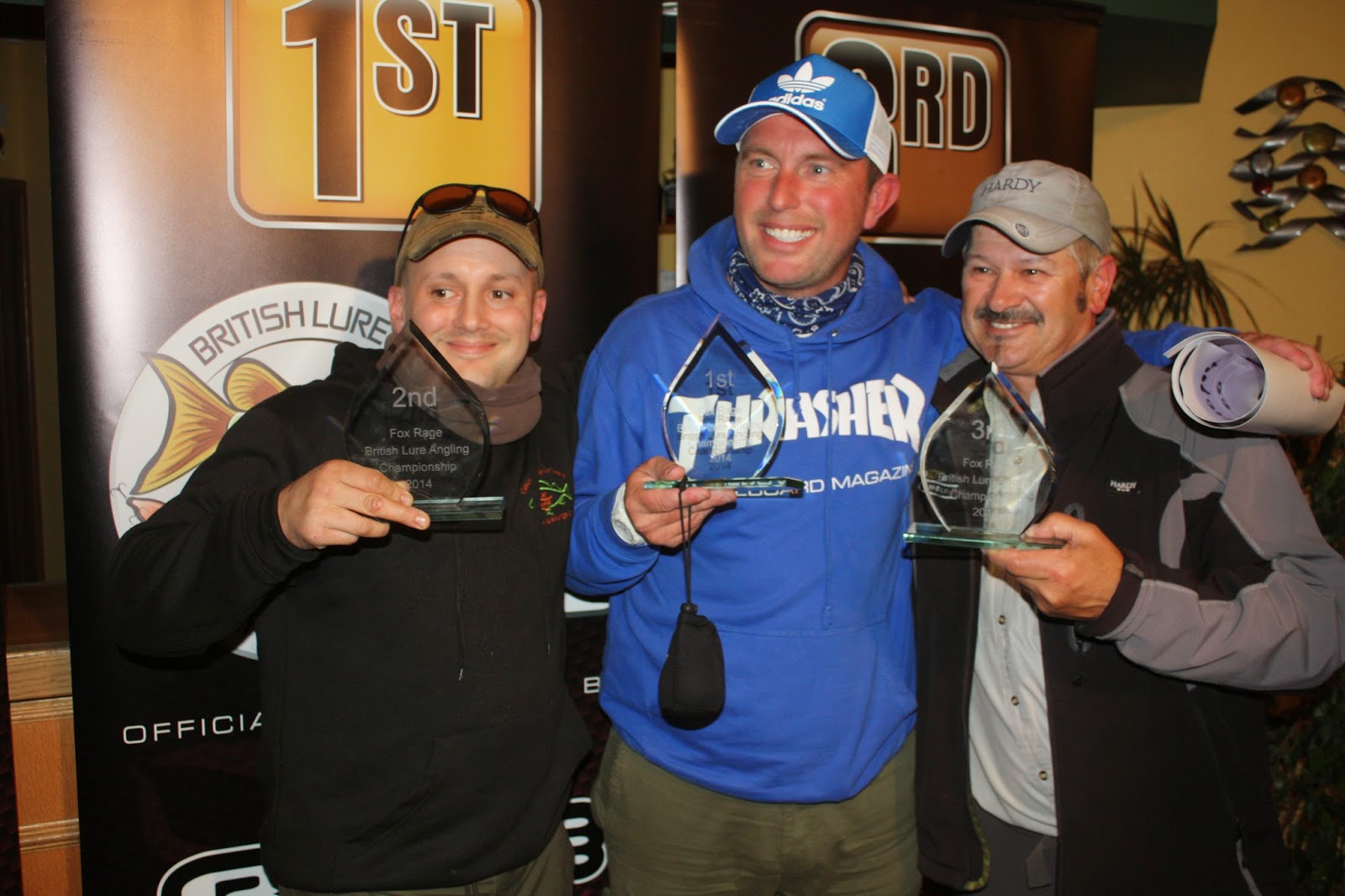 We have a winner!

Chew Valley gave us the final we all dreamed off with pike to 120cm (38lb+) and perch to 50cm!!! With Sky Sports and Angling Times on hand to capture the action.

Not forgetting, Ben Tregoning who started the day with a broken down car and ended with a 35lb+ pike, and biggest fish of the day. Or Adam Kirby, blanking at lunchtime yet landed 5 perch over 3lb in the second session.


Thanks to each and every one of you who took part, or helped out through this years event calender. Roll on 2015, and an even bigger, better competition! Watch this space... 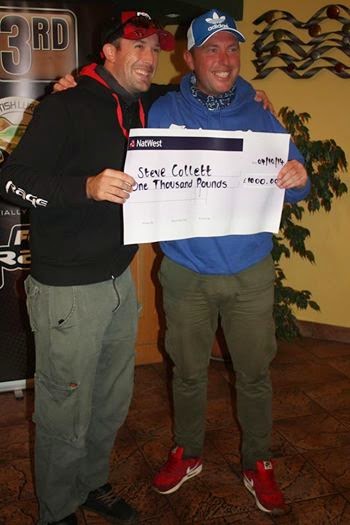 Posted by British Lure Angling Championships at 13:29 No comments:

Steet fishing comes to the UK!

If the Regents canal event was all about perch, the qualifier the following day on Somerset’s River Tone was expected to be a real bag up with huge numbers of chub present. During the early part of the competition many of those taking part caught quickly, setting up an exciting finish.  However, bright, sunny conditions made bites hard to come by with Gareth Finney coming out on top with 128cm. The other five qualifying places being taken by Kevin Jones, Simon Nicol, Ben Thomas, Stuart Turner and David Smith.

Event organiser, Julian Chidgey said ‘It was great to see so many keen lure anglers enjoying urban angling. It just goes to show that there are great stocks of forgotten fish in many town centre venues’.
For those who want a chance of reaching the final which is held at Chew Valley next month. There are still tickets available for the  Stainforth and Keadby canal event on 13th September, Leeds Liverpool canal on 14th September and the  final qualifier at Peterborough’s Ferry Meadows, on Sunday 21st September.


Posted by British Lure Angling Championships at 12:43 No comments:

I can now confirm that we are holding an additional qualifier on Sunday September 7th! The match will take place on Somerset's River Tone, and will be an 'Urban' affair as we target the prolific predator stocks within the town stretch. From weir pools and overhanging trees to town bridges and cricket grounds the stretch offers the lot in terms of variation and features.

Chub will feature heavily, as well as perch and pike.In fact I would predict a 10m+ winning length being a possibility for those who suss out the winning tactics. In the coming years, I intend to grow the charitable giving element of the event, with us choosing good causes that we wish to support, as a collective. In this instance we will be making a donation to Age UK, who carry out some great work in my local area. Despite this, the entry fee remains at £25 or £20 for LAS members.

Get in quick for this one as unlike the other events space means we will have to cap numbers. 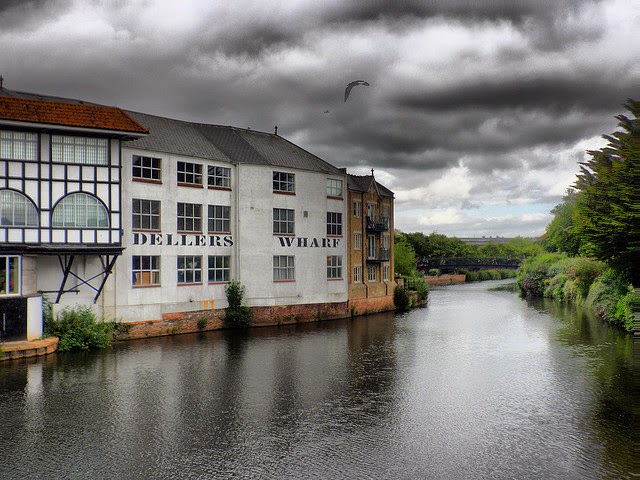 Posted by British Lure Angling Championships at 11:03 No comments:

Q3 and 4 Results! Another 12 people book their tickets for the grand final!

66 Anglers tackled the renowned Chew Valley reservoir during Q3 of the Fox Rage backed, British Lure Angling Championship. With the venue having never been targeted with lures at this time of year, hopes were high. Despite well over 100 pike being landed on the day, the biggest was a fish of 20lb (100cm) landed by Stephen Bates.  Another fine specimen fish caught on the day was the 3lb 8oz (44cm) perch caught by Danny Parkins of Tiverton, Devon. 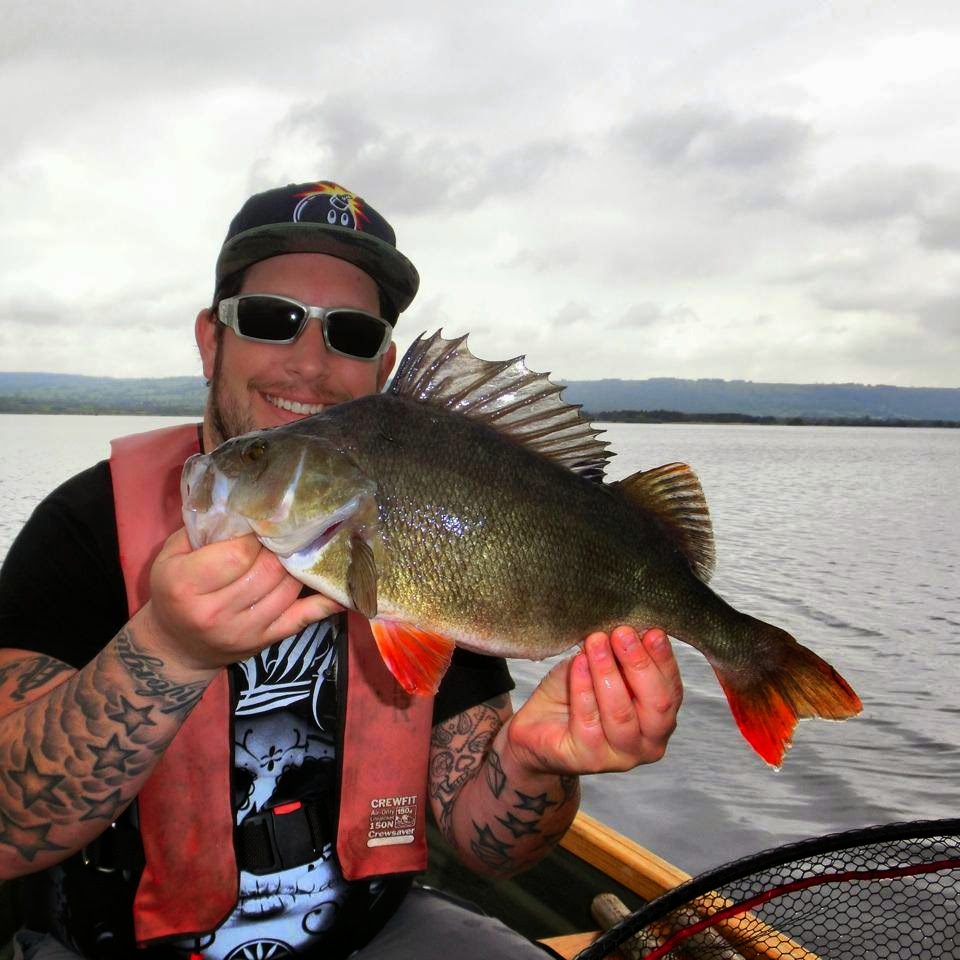 With the catches all counted up, Paul Parnell was a worthy winner with a 6 pike catch totalling 340cm, with former World Champion fly angler John Horsey coming second with 303cm. Also getting through to the final as part of the top six were Marcin Kwasniewski, Ben Davis, Bill Dowding,  John Cheyne and Stephan Bates. 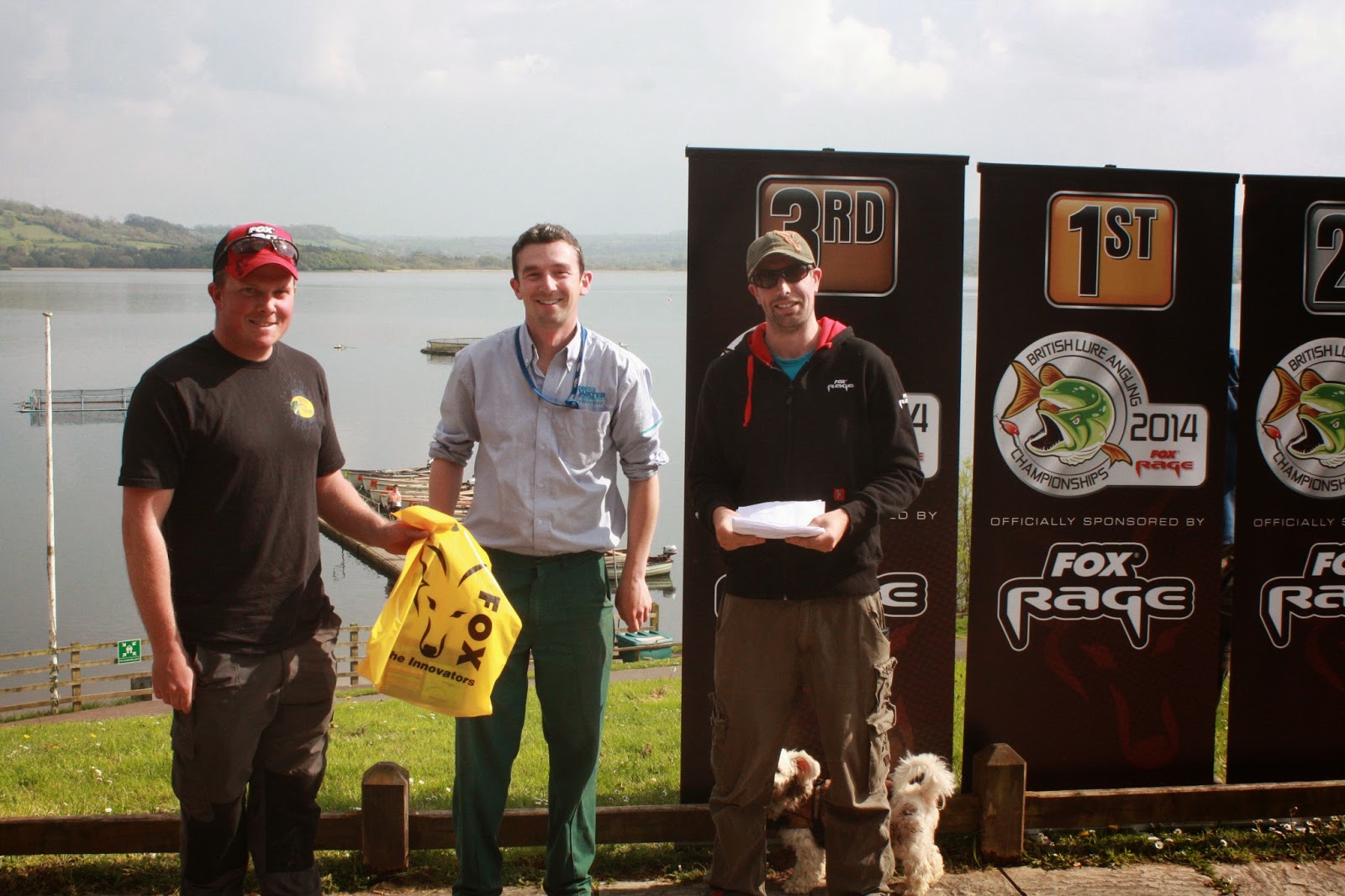 Just a week later, and the keen lure anglers turned there attention to the Grand Union Canal Near Leamington Spa. With over 6 miles of water there was no shortage of feature packed water for the competitor’s to explore. Zander proved the main species on the day, most falling to bright 5-10cm jigs. Alan Day landing 2 to win on the day, with Dariusz Swierzko, Andy Charmer, Matt Boast, Lee Garner and Paul Oakenden also progressing to the televised grand final in October. 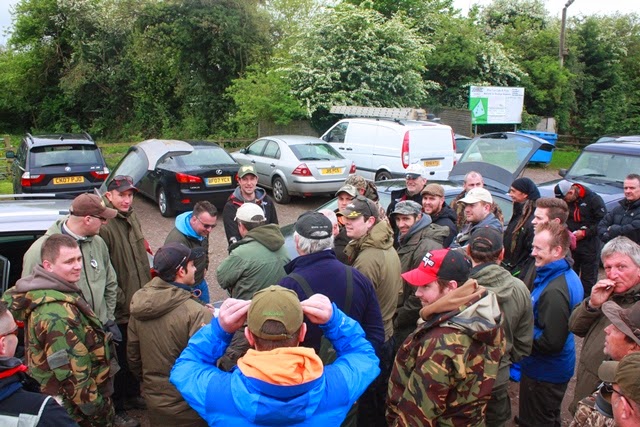 Event Organiser Julian Chidgey said ’It’s been a real contrast in lure angling style’s from the big swim baits that scored at chew for good-sized pike, through to the small jig flicked across the canal that scored so well for the Grand Union zander. I am over the moon to see anglers as varied as former fly fishing World Champion John Horsey, through to relative beginner’s battling it out to lift the national title. 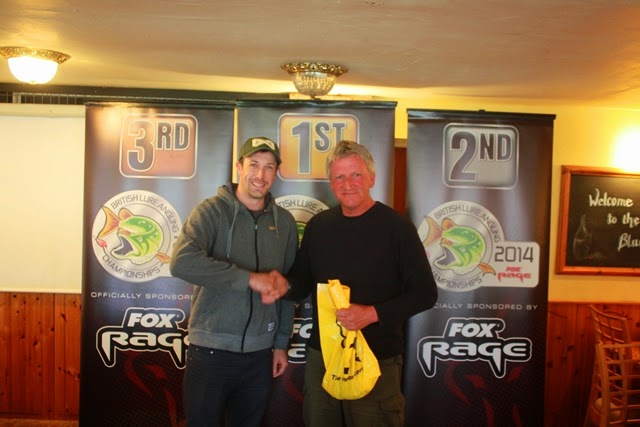 The next qualifier takes place on the River Thames (Oxford) on July 5th. If you fancy taking part, all details can be found at www.lurematch.blogspot.co.uk

Posted by British Lure Angling Championships at 10:47 No comments:

The inaugural 2014 Fox Rage backed British Lure Angling Championship, got off to a flying start with 36 anglers sharing a 125 fish catch on the Exeter Ship Canal. With overcast and breezy conditions most anglers targeted the good head of quality pike that the venue is known to hold. During the first couple of hours of the event this proved a good tactic, with a number of pike landed. The best fish being a specimen of 79cm to Piotr Malinowski, from Slough. However, as the day wore on many of the visiting saltwater LRF (Light Rock Fishing) anglers began to catch good numbers of perch using both drop shot and jig tactics. 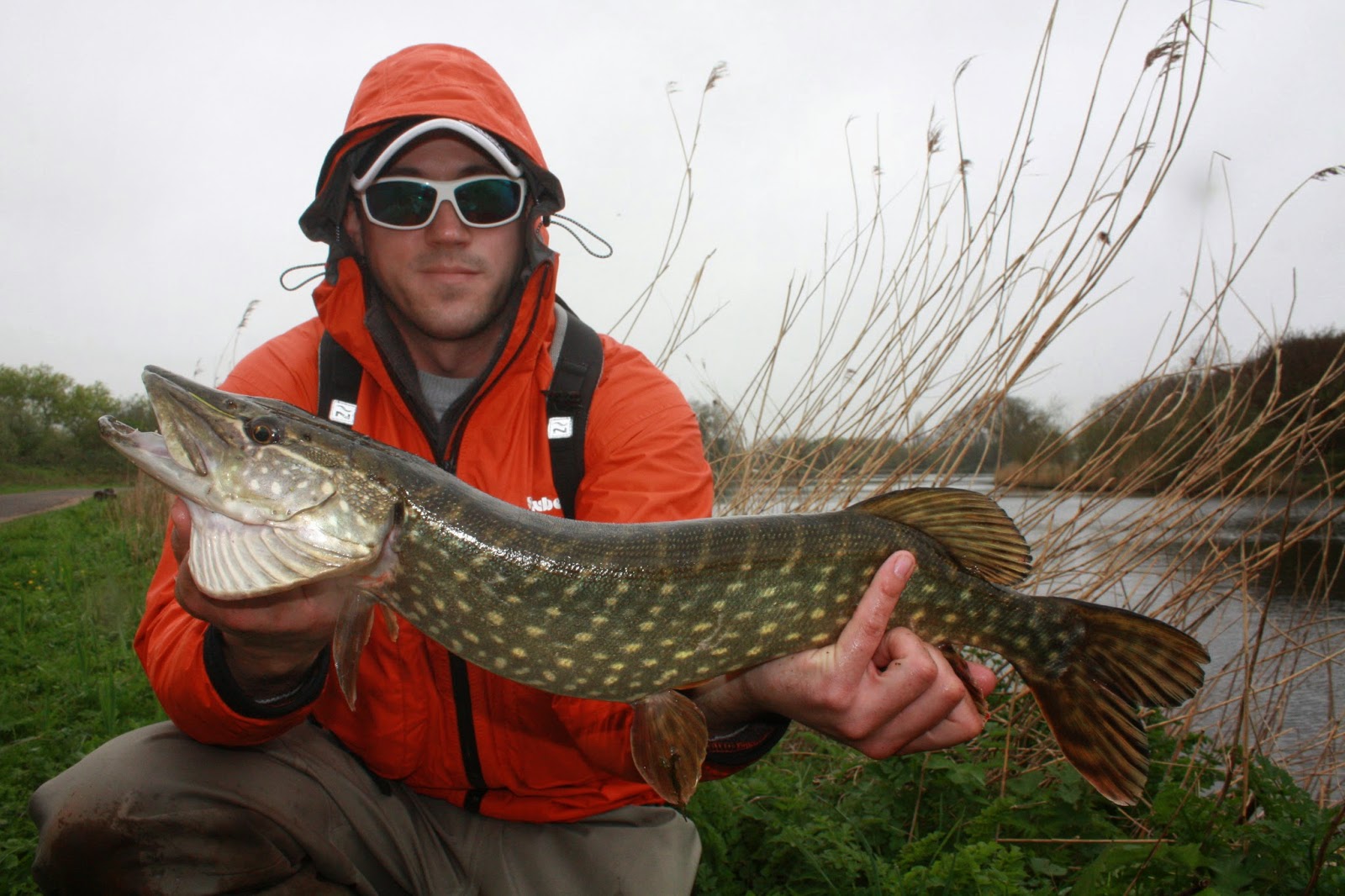 At the prize giving it proved that targeting smaller perch had indeed been a winning tactic. Adam Kirby, from Hampshire running away with first place having amassed an overall catch length of 498cm. Adam(37) said  ‘ I’m incredibly stoked to qualify. I’m proud to represent the rapidly growing number of modern lure anglers and I’m really looking forward to the researching and planning stage ahead of the grand final – I never tire of learning new skills!’  In second place was Piotr Malinowski with 3 pike for 207cm, narrowly beating third placed Dean Pilgrim on 205cm. The top three will be joined in the final at Chew Valley by Dan Sissons, Rado Pipiewski and Mariusz Rokicinski. 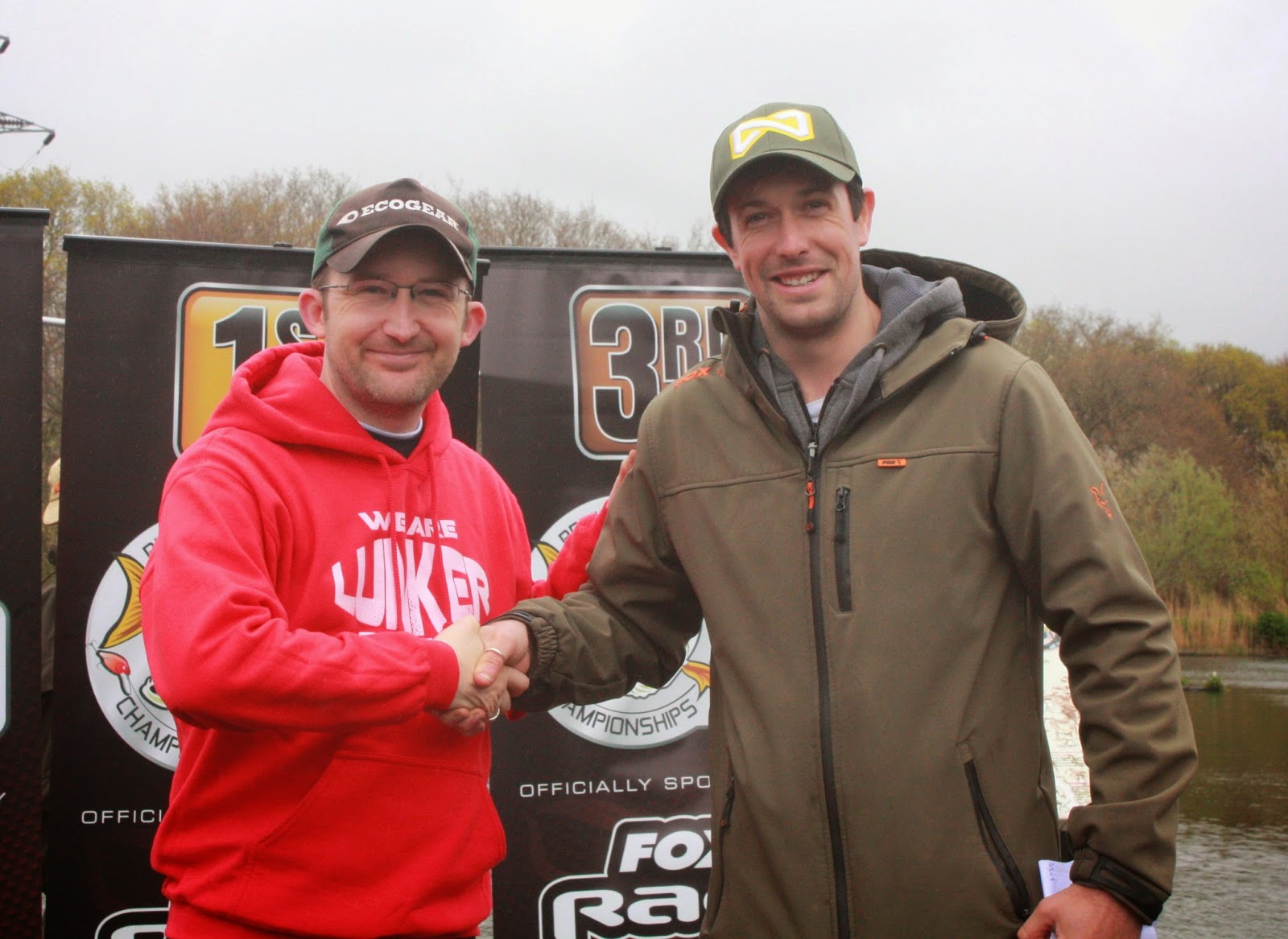 Just six days later, 36 anglers took part in the second qualifying event. This time on the RDAA stretch of the Kennet and Avon canal at Froxfield. At almost 2km, the stretch gave competitors plenty of room to explore. However, it was A section right beside the site of the draw that produced the early fish. With a number of pike and small perch caught around the resident house boats. Those who opted to fish further down the stretch were rewarded with some large perch topped by a stunning 36cm fish for Surrey’s Matt Boast. With the fish spread out, and falling to methods as varied as drop shot, crank baits, jigs and spinners it proved a close affair. 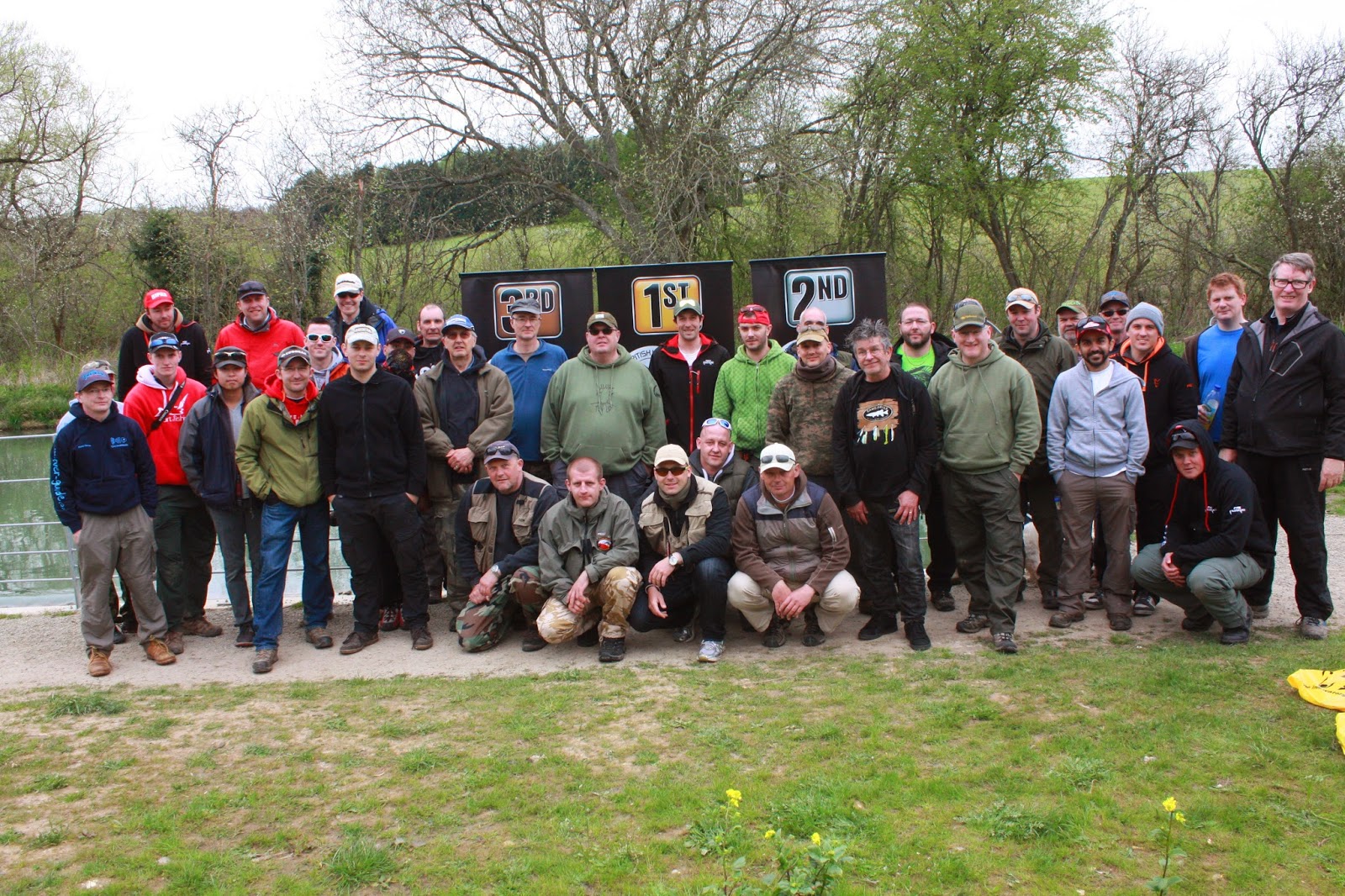 With all the catch cards in, it proved to be Grzegorz Pawlak who had taken first place with 3 pike and 13 perch for 266cm. Only just beating Q1 winner Adam Kirby, with an all perch catch of 241cm. Mariusz Rokicinski, Greg Bafia, Mark Taylor, and Paul Parnell completing the top six. With over 100 fish caught on the day competitors needed a total catch of over 150cm to make the top six. However, all was not lost for those who just missed out, as both Adam Kirby and Mariusz Rokicinski had already qualified. Meaning that 7th and 8th placed anglers Ben Church and Piotr Kruszewski had earned their place in the Grand Final.

Event organiser, Julian Chidgey said, ‘The next qualifying event takes place on April the 29th at Chew Valley Reservoir, where we should see some amazing catches. So far the guys using smaller lures have done well, but I think this will be turned on its head as we tackle the big pike of Chew and then the Grand Union Canal a fortnight later. The events have a great friendly atmosphere, and it’s great to see so many anglers taking part’. 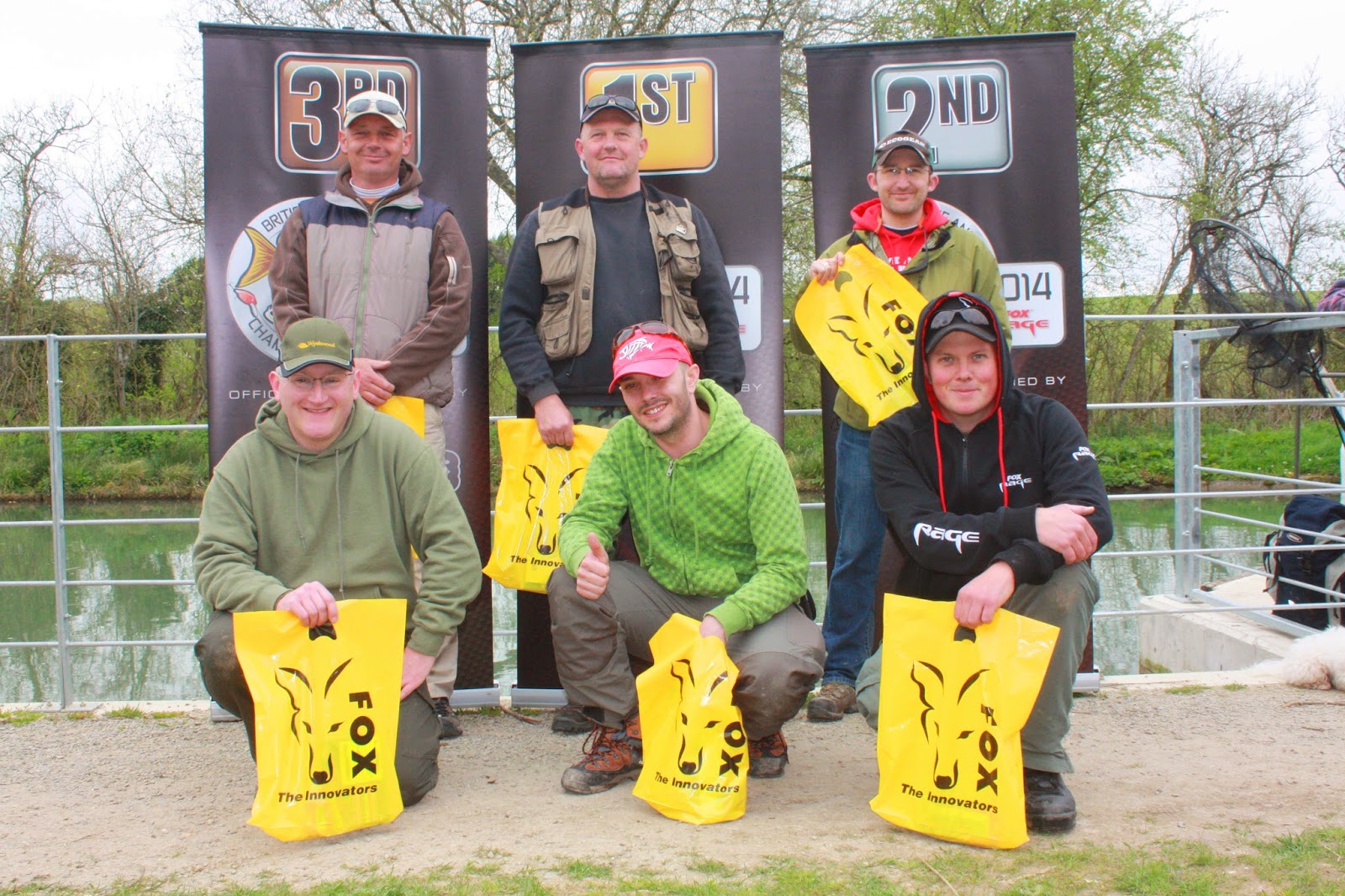 There are tickets available for all the remaining events and you can enter now through the webpage (www.lurematch.blogspot.com).
Posted by British Lure Angling Championships at 03:01 1 comment: